A few years ago, I discovered that I could mimic the "wheet" call that a Swainson's Thrush makes and get a response. All this time, I have thought that the call was an "I'm here, where are you?" call. Last weekend, while taking time out from an interactive literature game at CoHo, I went onto a little wooded path to commune with nature and consider my role in the game. In the distance I heard a Swainson's thrush "wheeting," so I began to reply. The distant "wheeting" moved closer and closer, until the bird was perched on a branch about 6 feet up and 8 to 10 feet away, and I could clearly see the spots on it's breast and the little white ring around it's eyes as it looked around expectantly. Almost immediately, a house wren appeared scrambling through the underbrush between the thrush and me making it's scolding sound, as if to say, "Imposter!" The noise from the "wheeting" and the scolding was amplified when a nearby group of chickdees appeared in the trees around the thrush making 'dee-dee' sounds (just double dees, no more).
Watching the thrush glancing quickly around, looking for a nonexistent buddy bird, I began to feel bad about fooling the bird and stopped "wheeting." The wren, now joined by another wren, got quiet and the chickadees flitted off, and the thrush turned it's back to me and scampered away. Just like that, the racket was over.
While looking for sounds and information to add to this blog, I discovered that the "whit" (not "wheet" as I hear it) usually expresses alarm or an intention to distract an intruder from the nest. So, what I had started was an alarm, which explains the scolding. When chickadees are very alarmed, they make four, five, or six 'dees' so perhaps they were concerned, but not overly alarmed. After all, I'm not a cat or a hawk. 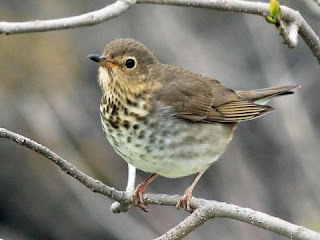 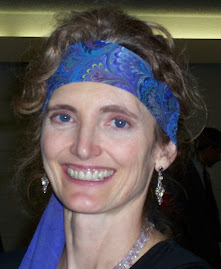